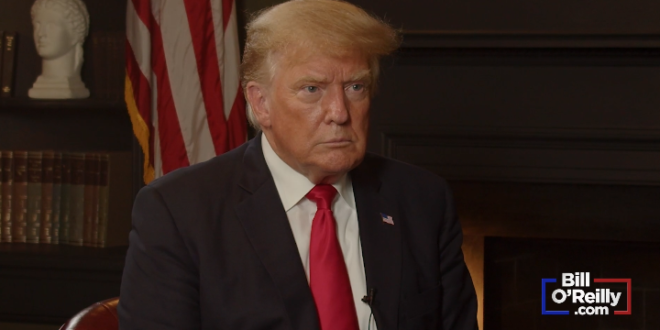 Former President Donald Trump said he will give a deposition for his lawsuit against social media companies — even though that means he’ll have to testify about the storming of the U.S. Capitol.

As Trump slammed “bad people” in big tech, O’Reilly noted that the lawsuit was “unprecedented,” and he asked Trump how he’ll respond when social media companies argue in court that he was banned for inciting the riot.

“I didn’t,” Trump claimed. He went on by denying his involvement in the insurrection, complaining about the media, bragging about the size of the rally that turned into the riotous mob, and once again pushing his false claims about “the fraudulent election.”

https://t.co/rryWmzeOZa is loaded today. A clip of my interview with Donald Trump is in the Message of the Day slot. Also, my radio discussion with Sean Hannity is posted for all. Hope you check it out. The entire Trump interview tonight at six eastern.https://t.co/IbQuIfnh6E