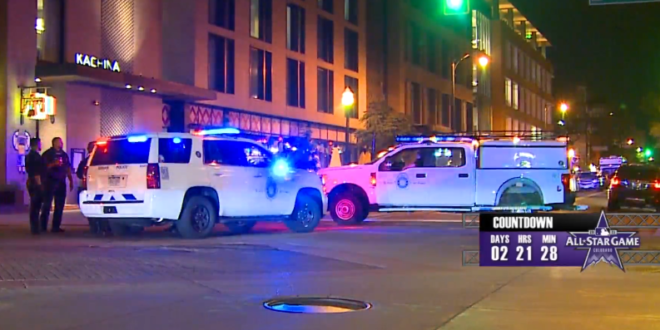 Police feared a “Las Vegas style shooting” during the All-Star Game in Denver after receiving a tip from a maid working at a hotel not far from Coors Field, who discovered more than a dozen weapons and more than 1,000 rounds of ammunition inside one of the rooms Friday night.

Multiple informed law enforcement sources connected with the investigation told Denver7’s Liz Gelardi and Denver7 chief investigative reporter Tony Kovaleski that they found the weapons inside a room on the eighth floor of the Maven Hotel as All-Star Game celebrations got underway.

Sources said police removed 16 long guns, body armor and more than 1,000 rounds of ammunition from the room which featured a balcony overlooking the downtown area. The sources said they feared the number of weapons, ammo, vantage point and large crowds could have resulted in a “Las Vegas style shooting.”

Sources said police removed 16 long guns, body armor and more than 1,000 rounds of ammunition from the room with a balcony overlooking the downtown area.https://t.co/vQ5pizZUXe

Update regarding the ongoing investigation from Friday night in the 1800 block of Wazee St. Please contact @CrimeStoppersCO at 720-913-7867 if you have any information regarding this case. pic.twitter.com/HbOE6M5oQH