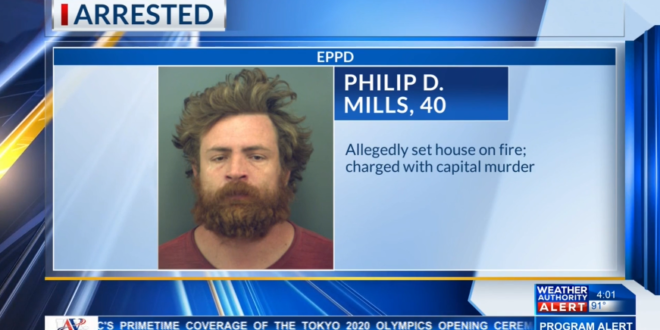 Texas Man Charged With Murder, Police Say He Set Fire To Home Because His Family “Didn’t Follow The Bible”

A 40-year-old man arrested for allegedly setting a West Side home on fire is charged with capital murder after his brother was killed in the incident. The El Paso Police Department says Philip Daniel Mills set fire to a residence located at 6001 Fandango Place on Thursday at 11:30 p.m.

The affidavit claims Mills caused the fire because he was upset with his brother and mother because they did not follow the Bible. His brother, Paul Aaron Mills, 54, died after suffering severe burns, police say.

El Paso firefighters found Florence Annette Mills, 82, walking out of the residence with burns. The affidavit says she was taken to a hospital in Lubbock and is listed in critical condition. Criminal records show Mills had an extensive criminal record, including criminal trespass and evading arrest.