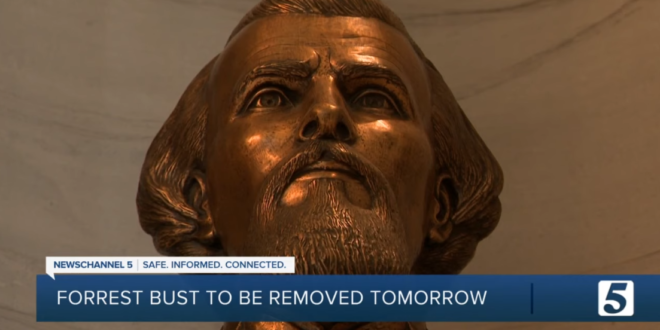 A Tennessee panel has moved forward on a final vote to remove the Nathan Bedford Forrest from the Tennessee Capitol.

The bust of the Confederate general and KKK Grand Wizard still sat in the Capitol, months after a vote to remove it and two other statues. Thursday’s vote from the State Building Commission was the final step needed for removal and work is now underway.

The bust will be removed beginning Friday. Forrest was a slave trader and Confederate General, and later became an early leader of the klan. The bust was first unveiled in 1978, drawing protests from African Americans.

Previous Hannity: I Never Said You Should Get The Vaccine
Next Anti-Vax Christian Activist Dies Of COVID At Age 34