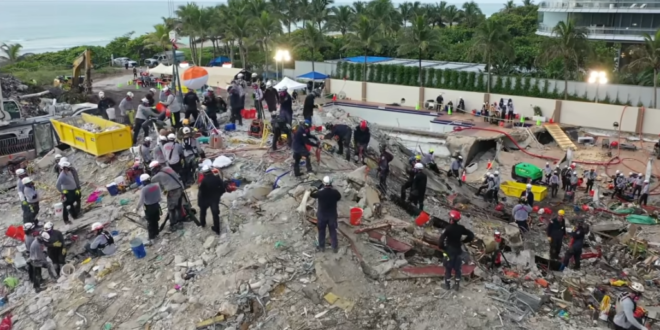 The confirmed death toll in the collapse of a Miami-area condominium tower increased to 78 on Friday after workers recovered an additional 14 bodies and whittled the rubble down close to ground level, officials said.

A total of 62 people remain missing and feared dead in the concrete and steel ruins of the 12-story building in the oceanfront town of Surfside, Miami-Dade County Mayor Daniella Levine Cava told a news conference.

Surfside Mayor Charles Burkett said crews have cut the size of the building debris pile from four or five stories to nearly ground level, with some areas at below-ground level.