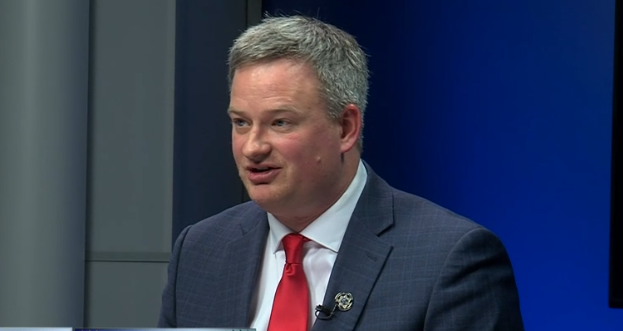 South Dakota Attorney General Jason Ravnsborg is claiming the man he ran over and killed—allegedly while scrolling through his phone on highway at night—wanted to die.

In court documents filed Friday, the state’s top lawman claimed victim Joe Boever was depressed and suicidal and may have thrown himself in front of his car as he drove home from a Republican function on Sept. 12.

Ravnsborg has been charged with three misdemeanors and faces a maximum of 30 days in jail and a $500 fine for each if convicted at a trial that is scheduled to start Aug. 26. Investigators who interviewed Ravnsborg noted that Boever’s face came through the windshield and his glasses were found inside the car.

Read the full article. As has been previously reported, after the crash Ravnsborg got a ride from local cop, telling him that he’d struck a deer. The victim’s body was found the following day.

South Dakota Attorney General Jason Ravnsborg is claiming the man he ran over and killed—allegedly while scrolling through his phone on a highway at night—wanted to die. https://t.co/dTV2NGNNeE

South Dakota AG Jason Ravnsborg was reading Joe Biden conspiracy theories at John Solomon’s Just The News website while driving when he slammed into a man, killing him and hitting him so hard the man’s face came through the windshield. (Ravnsborg claimed he thought he hit a deer) pic.twitter.com/Lz9dWb7SBa