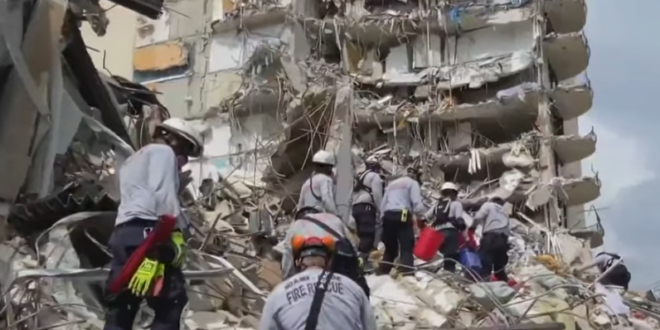 COVID has reared its ugly head once again, this time at the search site of the Surfside collapsed condo. Miami-Dade Fire Chief Alan Cominsky said Friday, at least 6 firefighters from Florida, but outside of Miami-Dade, tested positive for COVID-19.

“We do have our medical procedures in place,” Cominsky said. “Unfortunately, this is another challenge but something we’ve been dealing with for over the past year.”

“Miami-Dade Fire Chief Alan Cominsky confirmed the number of positive cases on Friday. He said the infected firefighters are from a rescue team from Florida, but not in Miami-Dade.”
via @joeflech https://t.co/WrGdhIpLYu