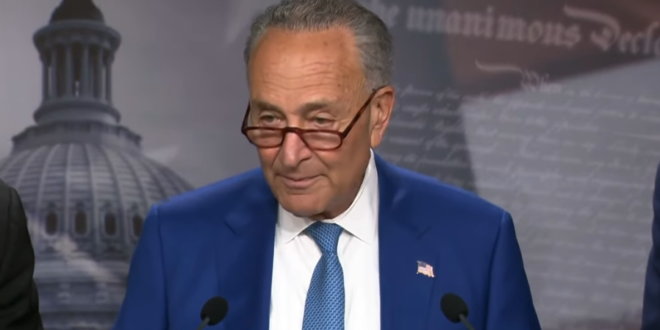 Senate Majority Leader Chuck Schumer proposed legislation Wednesday to legalize marijuana at the federal level, a move aimed at easing restrictive drug policies that have disproportionally impacted communities of color and the poor.

The Cannabis Administration and Opportunity Act would remove marijuana from the Controlled Substances Act and introduce regulations to tax cannabis products.

“This is monumental. At long last, we are taking steps in the Senate to right the wrongs of the failed war on drugs,” Schumer, D-N.Y., said during a press conference at the Capitol. Schumer unveiled the draft along with Senate Finance Committee Chair Ron Wyden, D-Ore., and Senator Cory Booker, D-N.J.

Sen. Chuck Schumer of New York plans to propose legislation on Wednesday to decriminalize marijuana at the federal level.

The draft bill would remove marijuana from the Controlled Substances Act and begin regulating and taxing it. https://t.co/AEyzKLsoqJ