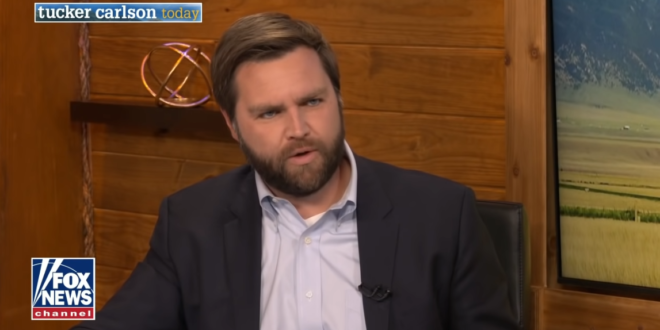 J.D. Vance, the bestselling author and a Republican Senate hopeful, said on Monday that he regretted his since-deleted Twitter posts that criticized Donald Trump, amid accusations of flip-flopping as he vies for a seat in Ohio.

Now, as he runs for office, Vance has shifted toward a pro-Trump position, recently visiting the former president in Florida in hopes of earning his endorsement. He told Fox News on Monday that he hoped people wouldn’t judge him for his past remarks, which he then walked back.

.@JDVance1 and I have exactly one thing in common — neither of us voted for Donald Trump. https://t.co/9nyZBK9Hnc

Now that he’s running for Senate JD Vance is very sorry for all the mean things he said about Trump https://t.co/7ZEmQOuSJk

“The Senate candidate didn’t just flip-flop on supporting Trump,” writes @mattklewis. “Vance embraced the politics of anger and grievance and victimhood that made him loathe Trump in the first place.” https://t.co/a0rcxgEZaS