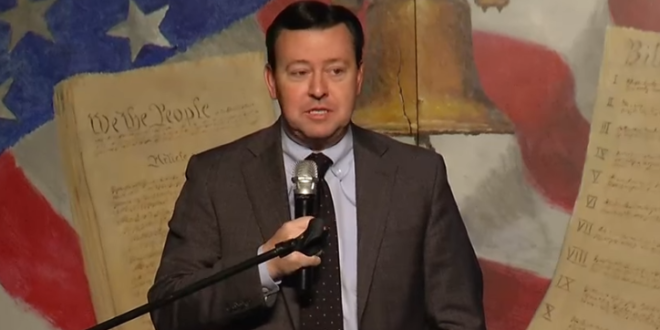 SC GOP In Civil War Over “Lepers” Comment By Chair

Right-wing Republicans in Horry county, South Carolina are mulling a “censorship” resolution against the chairman of the state party after he called a group of grassroots conservative activists “lepers” last week – the latest front in an increasingly caustic civil war within the party.

I am guessing these Horry officials meant to say they will be mulling a “censure” resolution … but either way, the effort is indicative of the extent to which SCGOP chairman Drew McKissick [photo] has enraged conservatives with his recent comments.

In fact, I am told at least three other counties are mulling similar censure resolutions condemning McKissick for his remarks … including Anderson, Laurens and Greenwood counties.

Read the full article. The bias of the linked piece’s author is evident in the manner in which he refers to MAGA cultists.

In fairness, they’ve been callin’ for a civil war since they lost the last one. https://t.co/zYfcPLhYMc