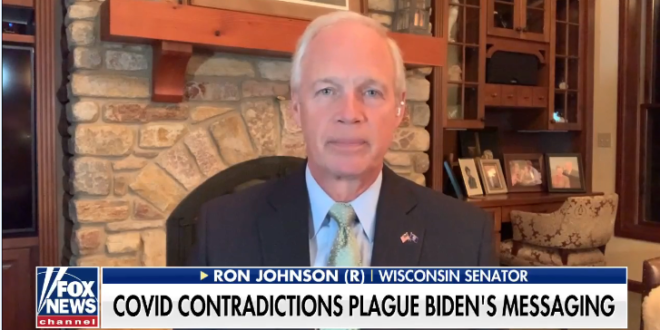 Senator Ron Johnson (R-WI) has said he is not in favor of vaccine mandates, though suggested an “incredibly deadly disease” could change his mind.

Johnson was speaking to Fox News’ Brian Kilmeade, who was guest hosting Laura Ingraham’s The Ingraham Angle on Friday, when he was asked about the possibility of requiring COVID vaccines.

There have been than 610,000 COVID-related deaths in the U.S. over the course of the pandemic, according to the Centers for Disease Control and Prevention (CDC), while there have been more than 34 million infections.

Question: Could you ever get behind a vaccine mandate for everybody?
Ron Johnson: No, not unless there’s some incredibly deadly disease pic.twitter.com/dySLgROgJK