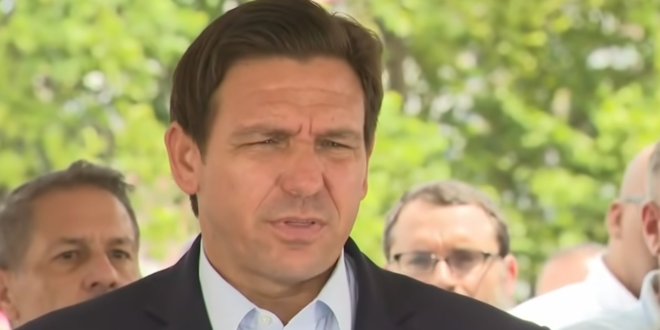 Donald Trump’s campaign-style rally in Florida Saturday comes at a fraught time for the former president: While the organization bearing his name in New York was indicted this week, he is also facing a potential rivalry with Florida governor and protege Ron DeSantis.

Trump revisits Florida, a state he won twice, with some Republicans already talking about the 2024 presidential race – and expressing support for DeSantis for the GOP nomination over the ex-president.

Florida’s top Republican, however, will not be at Saturday’s rally. DeSantis is monitoring recovery from the collapse of a 12-story condominium building in Surfside, near Miami, that killed at least 18 people and left more than 100 still missing.

Dozens of people were present when WFLA 8 On Your Side, a local NBC affiliate, reported Friday on the gathering.

Sources told the Washington Examiner this week that Trump is holding the Saturday event despite pleas from Florida Gov. Ron DeSantis to postpone the campaign-style rally roughly 200 miles from the site of a partially collapsed seaside condominium.

It will also be Trump’s first political rally since a New York grand jury indicted his company and its chief financial officer on tax fraud charges.