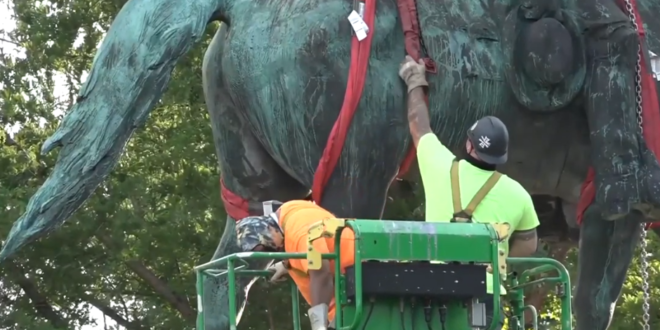 A statue of Confederate Gen. Robert E. Lee was hoisted away from its place of prominence in Charlottesville on Saturday and carted off to storage, years after its threatened removal became a rallying point for white supremacists and inspired their violent 2017 rally that left a woman dead and dozens injured.

Spectators by the dozens lined the blocks surrounding the park, and a cheer went up as the Lee statue lifted off the pedestal. There was a visible police presence, with streets blocked off to vehicular traffic by fencing and heavy trucks.