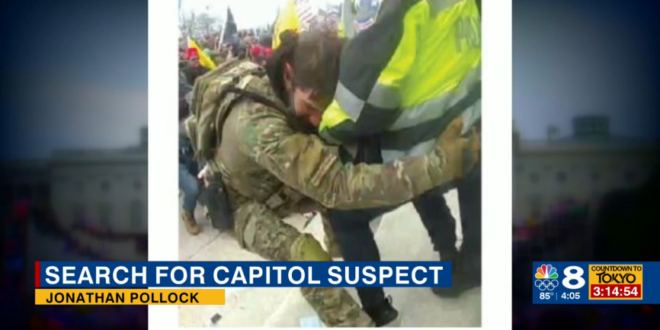 Riot Suspect On The Lam After Sister’s Arrest [VIDEO]

While one Tampa Bay capitol riot suspect’s case reaches a resolution, another one continues to evade federal agents. Jonathan Pollock, 21, of Lakeland, is wanted by the Federal Bureau of Investigation (FBI) in connection to the January 6 riot at the U.S. Capitol.

“Jonathan Pollock assaulted three police officers, pulling one down a set of steps, kneeing and punching another in the face, and punching and pushing a third by the neck,” according to a release from the FBI.

Olivia Pollock, his sister, Joshua Doolin, an ex-Polk Fire Rescue EMT, and Joseph Hutchinson III, all of Lakeland, were arrested in late June.

Read the full article. Watch the clip to see the signage outside Pollack’s home and what the woman who answered the door has to say.