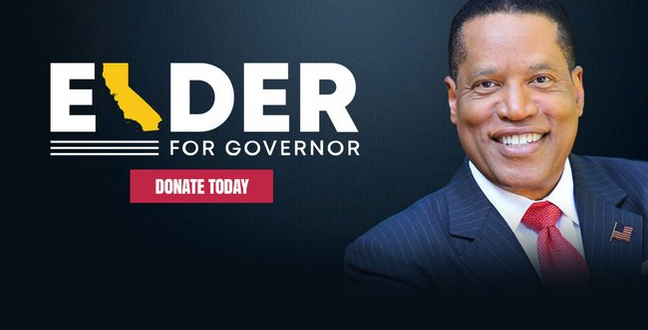 Conservative radio host Larry Elder is entering the California recall election to replace the state’s Democratic governor Gavin Newsom. Elder, 69, made the announcement on his show, which is nationally syndicated, and is expected to file papers on Tuesday.

In an interview with The Associated Press, the 69-year-old attorney said he initially was reluctant to become a candidate in a state where Democrats hold a lopsided grip on power in Sacramento. Among supporters who encouraged him to run: fellow conservative radio host Dennis Prager.

I’m a business owner, talk show host, author, and a son of California. I won’t continue to watch Gavin Newsom destroy our state. That’s why I am running for Governor of California in the recall election on September 14. Help me save this great state.https://t.co/3HoJyXqsvI

God Bless Larry Elder for saving the GOP from Jenner/Parscale!

Previous Ex-Trump Lawyer “Quits” The GOP In Fight With RNC
Next Carlson: Vax Outreach Is Really About “Social Control”