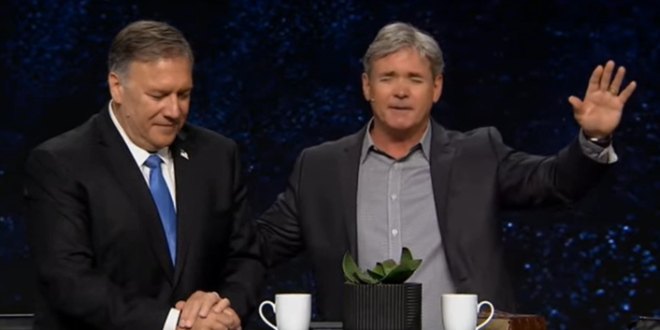 Mike Pompeo, a former Republican member of Congress who served as director of the CIA and secretary of state during the Trump administration, spoke at Calvary Chapel Chino Hills church in California Sunday, which was founded by right-wing pastor Jack Hibbs.

Following Pomepo’s remarks during the early Sunday service, he and Hibbs sat down for a short conversation. Then, to close out the service, Hibbs laid hand upon Pompeo and led the congregation in praying for his future. (Pompeo is widely expected to run for president in 2024.)

Read the full article. Hibbs appeared on JMG earlier this month when he declared that homosexuality proves the existence of God.