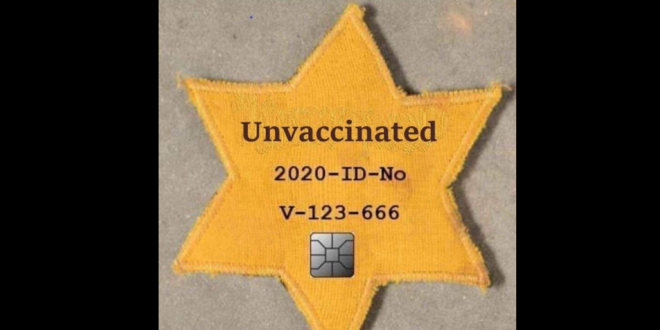 An Oklahoma Republican Party Facebook post on Friday was condemned for likening COVID-19 vaccine mandates to the persecution and murder of millions of Jews.

This is not normal, the @officialOKGOP is comparing vaccine mandates to the Holocaust posting a picture saying it’s like the gold star Jews had to wear before the Nazi’s took them to a concentration camp…. pic.twitter.com/HFEUBuXnAk

INBOX: With Gov. Kevin Stitt out of the country, a group of Oklahoma Republicans has now written to Lt. Gov. Matt Pinnell, asking him to use his power as Acting Governor to ban vaccine mandates for healthcare workers pic.twitter.com/FwgWYlLVQz

Previous Today’s #Headdesk Is From GOP Rep. Elise Stefanik
Next Disney Orders All Employees To Get Vax Within 60 Days