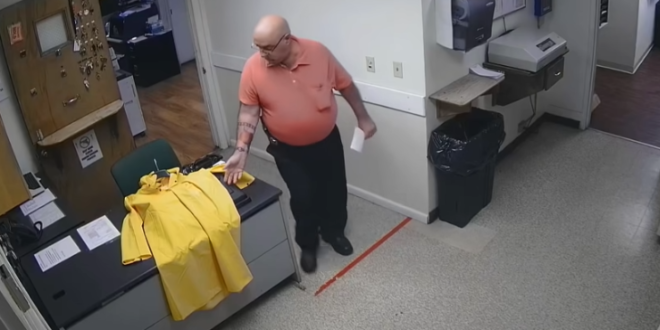 Police Chief Anthony Campo resigned Tuesday following an incident in which he left a “Ku Klux Klan” sign on a Black officer’s desk, Sheffield Lake Mayor Dennis Bring said. The incident in question, which happened Friday, was captured on surveillance video inside the department’s booking area.

Campo, who has been with the department for 33 years and served as chief for eight, is seen in the video walking into a room with a piece of paper in his hand that says, “Ku Klux Klan.” He walks to a desk and places the note on a yellow jacket laid out to resemble the infamous hood and robe synonymous with the American hate group.

This was not a “prank,” it was an act of racism toward a Black officer.

Racism and hate are unacceptable in Ohio law enforcement, or anywhere in our state.https://t.co/3rY2otiQun