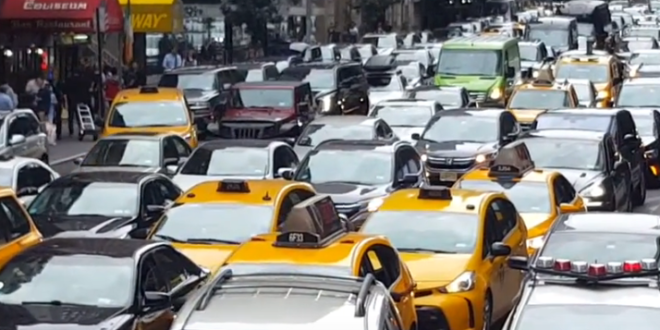 Mayor Bill de Blasio is hoping to pressure the MTA to move forward—and more quickly—with its congestion pricing program. He said he’ll appoint the city’s representative to the six-person panel that will determine the charges and exemptions drivers will face, and is asking the MTA to have it up and running by next year.

Congestion pricing would create a tolling zone in Manhattan below 60th Street, excluding the FDR Drive and the West Side Highway. The plan was passed by the state in 2019, in hopes of raising $1 billion in annual revenue, but was held up by the Trump administration for two years.

Transit advocates, and lawmakers in the region have been urging the MTA to get congestion pricing up and running as a way to reduce pollution and congestion, and raise funds so the MTA can quickly upgrade its aging equipment. https://t.co/XzUSXKxolV

It’s unacceptable that NYC has a decrepit transit system. As NYers head back to work we need meaningful investment into our public transit. Congestion pricing will raise funds for long-overdue repairs to the MTA, clear up the traffic on our streets & lower our carbon emissions! pic.twitter.com/s7Y69OddFR