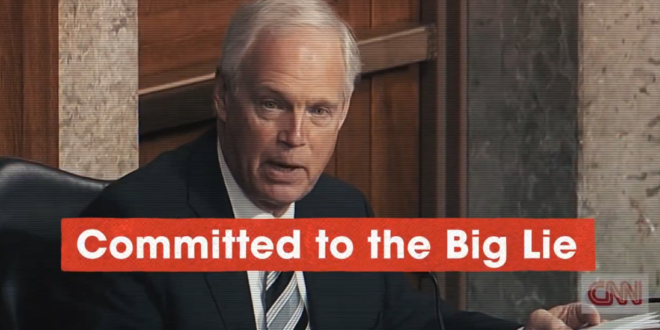 A coalition of more than 20 prominent progressive groups and unions are launching a new ad campaign slamming Sen. Ron Johnson, R-Wis., for his response to the Jan. 6 riot and his vote against federal voting rights legislation. They are spending $800,000 on a 30-second television spot and print ad campaign, which kicks off Sunday.