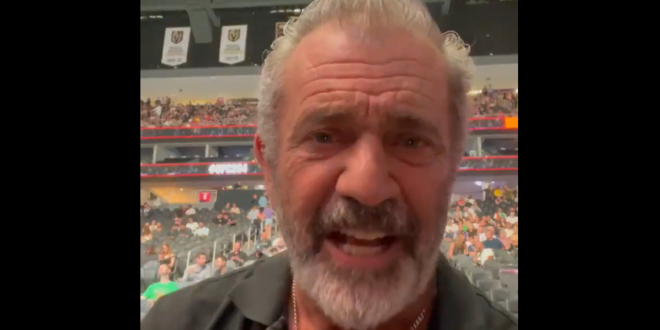 Actor Mel Gibson can be seen on video saluting former President Donald Trump at a UFC fight over the weekend. Trump attended the event in Las Vegas on Saturday night, where he reportedly received applause and boos. The fight was between Conor McGregor and Dustin Poirier. Video from the event shows Gibson, who made antisemitic remarks to a police officer in 2006, saluting the former president behind a group of people as he walks through the crowd, waving.

It doesn’t appear that Trump noticed him.

Mel Gibson literally told his wife she’d be “r***d by a pack of [n-word]” and they still let this trash make movies and win Oscars https://t.co/2YTM4GbhJg

The one, the only, Mel Gibson is in the house! 🇦🇺🤩 #UFC264 pic.twitter.com/aDLZ9iqICb