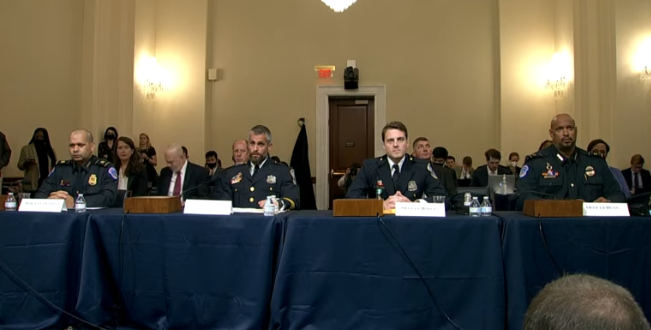 In its opening act, the House select committee investigating the January 6 attack on the Capitol holds its first high-profile hearing Tuesday with testimony from four officers who will give firsthand accounts of the horrors they witnessed and endured as rioters stormed the building.

The officers are expected to recount the harrowing attacks they faced on January 6, including being beaten with a flagpole, getting crushed in a doorway, being the target of racial slurs and facing rioters who tased them.

The committee also is expected to show never-before-seen videos depicting the violence from that day, just as House impeachment managers did during the impeachment trial of former President Donald Trump.

Read the full article. Start time in 9:30AM Eastern.