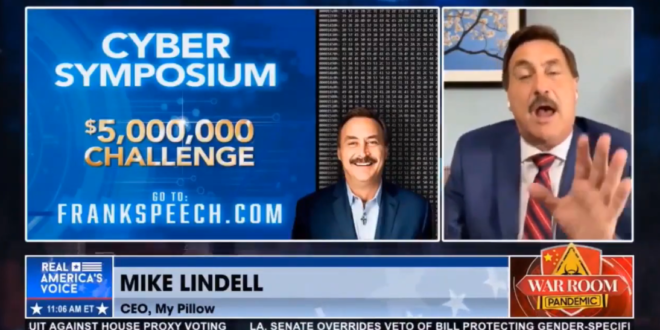 MyPillow CEO Mike Lindell claimed on Wednesday that he will pay $5 million to anyone who attends his cyber symposium and can prove that data in his possession did not come from the 2020 election.

During an appearance on Real America’s Voice, Lindell presented strict rules for winning the $5 million bounty. He said that participants would need to be invited to his August “cyber symposium” in Sioux Falls to be qualified.

Read the full article. You’ll note that Lindell is not offering the reward to anybody who can disprove his claims about Trump winning.
(Via National Zero)