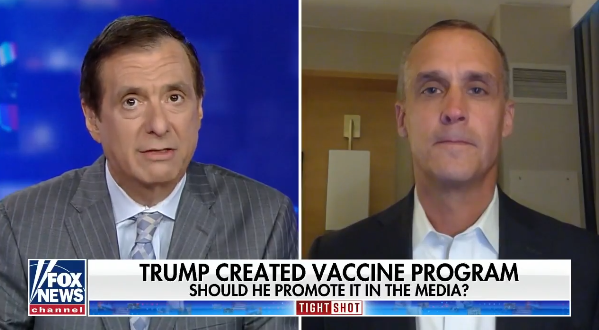 Lewandowski: Trump Is Leading By Example On Vaccine

“The president has taken the shot himself. He leads by example. I don’t know what more he can do. It’s not exactly like the Biden administration is asking the president to come out and sit down at the White House.

“Even if he did, I don’t know if President Trump would do that. Howie, he’s led by example! He got the shots, he’s been inoculated, he’s told people to do it.

“If people don’t want to get the shot, this is still America and they can do that.” – Former Trump campaign manager Corey Lewandowski, today on Fox News.

As you surely know, Trump got the vaccine in secret and the public only found out about it months later.