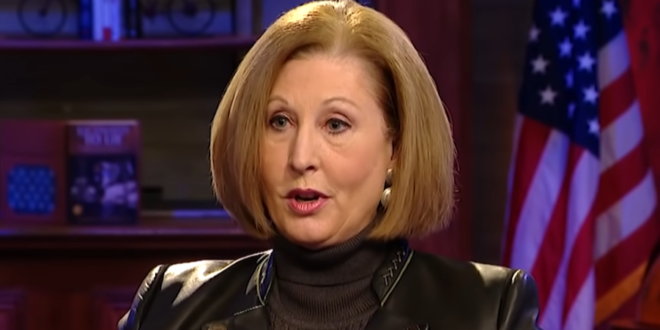 A federal judge on Monday excoriated a group of Republican-aligned lawyers including Sidney Powell and L. Lin Wood over their legal efforts to overturn the 2020 election results.

US District Judge Linda Parker made the comments at an contentious hearing — that took place on Zoom — whose purpose was to determine whether the lawyers should face sanctions for their actions.

Parker repeatedly criticized the attorneys for failing to do a “minimal” amount of research on the “evidence” they presented as part of their multi-pronged effort — which Powell called the “Kraken” — to nullify the election results in states including Michigan, Georgia, Wisconsin, and Arizona.

Powell and her co-counsel unsuccessfully sued Michigan election officials after the election, attempting to overturn the presidential election and alleging widespread fraud, and Michigan officials have asked for the pro-Trump lawyers to be sanctioned over the “frivolous” and error-ridden lawsuit, which they argue was brought in bad faith.

During a hearing Monday over the sanctions request, U.S. District Judge Linda Parker repeatedly expressed skepticism of the pro-Trump attorneys’ evidence of election fraud in the case, criticizing one affidavit as being based on “levels of hearsay” and another as so “speculative” as to be “fantastical.”

Pro-Trump attorney Lin Wood, who had unsuccessfully challenged the results of President Joe Biden’s 2020 election win in key states, said Monday that he had virtually nothing to do with one such election lawsuit in Michigan, where he was listed as counsel.

Wood’s effort to distance himself from that case came in a contentious video conference during which a federal judge considered whether to impose sanctions or financial penalties on the plaintiffs and their attorneys, including pro-Trump “Kraken” lawyer Sidney Powell, who filed the legal complaint in November.

“I did not review any of the documents with respect to the complaint. My name was placed on there, but I had no involvement,” Wood told U.S. District Judge Linda Parker in the virtual hearing.

Wood doubled down on distancing himself later in the hearing, claiming he had no role in any of the other filings, either. “I did not review any of the documents with respect to the complaint,” Wood said, adding later: “I just had no involvement in it whatsoever.”

Detroit’s lawyer David Fink scoffed at Wood’s attempt to distance himself from the case. Wood, through his counsel, asserted that he was involved in the Michigan case, and he touted that role on social media, Fink added.

“He’s ready to tell people when it helps him that he’s involved in this case,” Fink said. Powell added that she would not have knowingly added Wood’s name without authorization.

Miss the first two-and-half hours of the “Kraken” sanctions hearing? A breakdown:

“A Federal Judge Holds ‘Kraken’ Lawyers’ Feet to the Fire at Sanctions Hearing. Lin Wood Tried to Distance Himself from It All.”

Probably not a great sign for Lin Wood and Sidney Powell in their election fraud sanctions hearing that one of their main lawyers appears to be crying.

look, Lin Wood and Sidney Powell may have made a mockery of the legal system, but they are duly-appointed officers of the court and I will defend to the death their right to be sanctioned, fined, disbarred, publicly humiliated and thrown straight the fuck into prison