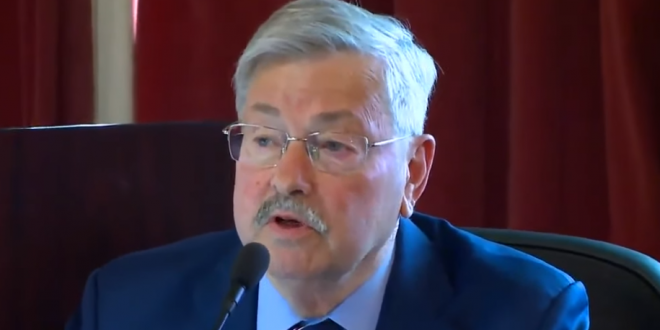 The court found no evidence that Branstad had knowledge that then-Iowa Workers’ Compensation Commissioner Chris Godfrey was gay when his administration tried to push Godfrey out of state government in 2011.

Although Godfrey’s status as one of Iowa’s first openly gay public officials was widely known, it’s “pure speculation” that Branstad had ever been aware of that, Justice Christopher McDonald wrote.

Godfrey, who now leads the Office of Workers’ Compensation Programs at the U.S. Department of Labor, called the decision “simply bizarre.” “If this was a case of no merit, it shouldn’t have cost the state $4 million to defend the case,” he said Wednesday.

“It shouldn’t have gone to the Supreme Court twice. We shouldn’t have had a jury sit through a six-week trial and expose them to the cost of doing their civic duty for a month and a half for a case that didn’t have merit.

Iowa Gov. Kim Reynolds made the decision to appeal the 2019 jury verdict, and on Wednesday, her spokesman said the decision was “a complete and total victory for the rule of law and Iowa taxpayers.”

In the first linked article above, Godrey calls the ruling the result of the state Supreme Court’s rightward shift after voters ejected three justices who had ruled for same-sex marriage. Iowa has paid Branstad’s lawyers nearly $3 million since the suit was filed.