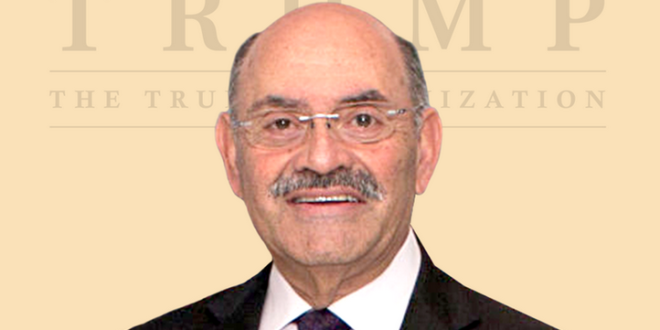 The Trump Organization, the real estate business that catapulted Donald J. Trump to tabloid fame, television riches and ultimately the White House, will be charged Thursday with fraud and tax crimes, according to two people who were briefed on the matter.

The Manhattan district attorney’s office, which has been conducting the investigation, also brought charges against Allen H. Weisselberg, Mr. Trump’s long-serving and trusted chief financial officer, according to several people who requested anonymity because the charges were not yet public.

The Trump Organization’s long-time chief financial officer Allen Weisselberg pleaded not guilty Thursday to tax-related crimes that include scheme to defraud and grand larceny in a Manhattan court.

Weisselberg personally “avoided taxes of $1.7 million” as part of a scheme “orchestrated by the most senior executives” at the Trump Organization, which is owned by former President Donald Trump, a prosecutor said.

Assistant Manhattan District Attorney Carey Dunne said in court that Weisselberg’s crimes were part of a “sweeping and audacious illegal payment scheme.” “This case is not about politics, this investigation which is ongoing, is proper,” Dunne said. Weisselberg, 73, was taken into the courtroom in handcuffs by authorities while wearing a white mask.

BREAKING: Manhattan DA Cyrus Vance has charged The Trump Organization and its longtime CFO Allen Weisselberg with tax fraud, according to an indictment unsealed Thursday. https://t.co/BPuyhc82Nj