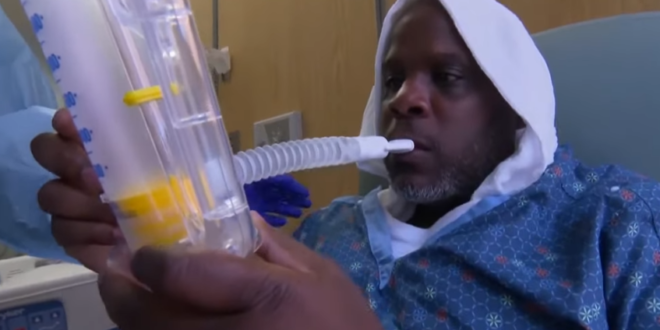 Hospitalized Man: “I Thought The Vaccine Was A Hoax”

Lamonte Boyd, a 42-year-old father of three, said he didn’t listen to doctors or even his wife when she got vaccinated and told him he should too.

“I thought the vaccine was a hoax,” Boyd told CBS News. Before he got sick, Boyd initially brushed it off and “thought it was a joke.” He is now urging others who were vaccine hesitant to get it.

“I would tell those who don’t want to take the vaccines, you playing Russian roulette with your life,” he said. Boyd was diagnosed with COVID nearly two weeks ago. He developed pneumonia in both lungs and still struggles to breathe.

Previous Alabama Doctor: Dying Patients Beg For The Vaccine
Next Breitbart Rages: Tom Brady Stabbed Trump In The Back