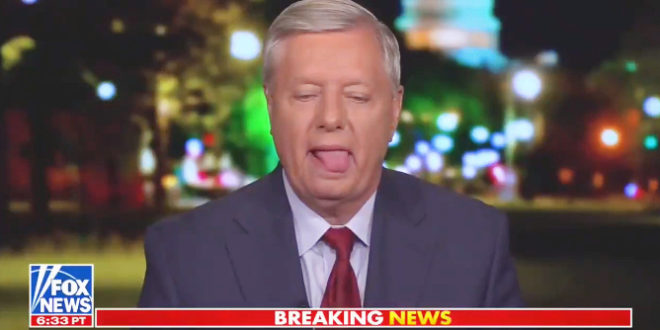 “To my Republican colleagues, we may learn something from our Democratic friends in Texas when it comes to avoiding a $3.5 trillion tax and spend package.

“Hell yeah, I would leave. I would use everything in my toolbox. It’s got nothing to do with infrastructure. It’s a tax and spend dream of the socialist left.

“It will be throwing jet fuel on a fire, called illegal immigration.  It would lead to an invasion of illegal immigrants if we put amnesty in the $3.5 trillion bill so I would do anything I could to stop that.” -Sen. Lindsey Graham, today on Fox News.

Lindsey Graham threatens to leave Washington, DC and deny the Senate a quorum to block Democrats from passing the reconciliation infrastructure bill. pic.twitter.com/EDaQoflGN8

Graham is suggesting that every Republican walk on the reconciliation bill. If that happens, Democrats would not have a quorum. It is unlikely that every GOP Senator would walk out.