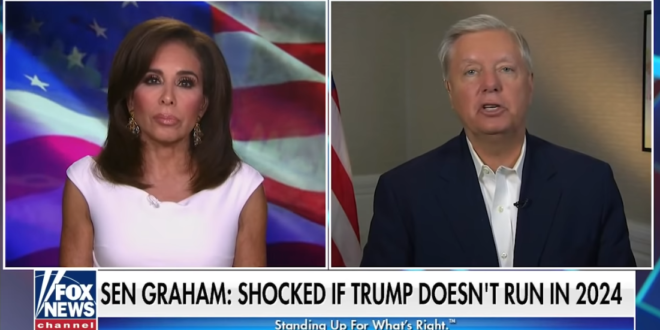 “This is the party of Donald Trump, if you think otherwise you’re in for a rude awakening. I think he’s going to lead us to victory in 2022 in the House and the Senate.

“And I will be shocked — after spending two days with him — if he doesn’t run again for president, because he believes he has unfinished business as president of the United States and he believes he can put the country in a better position than Biden has it.

“And I agree with him. He owns the Republican party. It’s his nomination.” – Sen. Lindsey Graham, last night on Jeanine Pirro’s show.