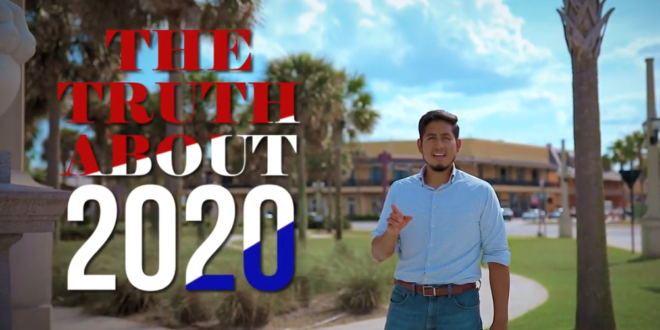 We know Jan. 6 was a False Flag organized by the FBI to distract from the Election Theft and to justify the political persecution of pro-Trump conservatives.

Over 500 individuals have been charged by the corrupt Feds. Men and women in detainment right now are being beaten, abused, demeaned, and placed in solitary confinement even though they committed no violence and did nothing more than enter the Capitol at the Capitol Police’s insistence.

These are Americans who merely wanted to show their support for our legitimate President, Donald J. Trump. Many of them are veterans who love their country with all their hearts.

This gross injustice must end. They are political prisoners and must be released if there’s any justice left in this nation.

We are PEACEFULLY DEMONSTRATING at the Florida Capitol Building in Tallahassee to petition our great Gov. Ron DeSantis, to demand the immediate release of the incarcerated patriots and to use all the power and leverage at his disposal to make this happen.

We are sure that once Gov. DeSantis takes the lead, other patriots elected officials throughout the country will make the same push and then Washington will have no choice but to bend.

This rally is peaceful. It is being organized by the team of Luis Miguel for Senate. Luis Miguel is a Republican Candidate challenging Marco Rubio in the GOP primary for the 2022 race. Let’s take our country back.

Spanish-language media is covering our effort to free the patriots being held prisoner by the Biden regime. Let’s keep spreading word about this Saturday’s rally in Tally—1pm EST at the Florida Capitol.https://t.co/Ty2U33TRaW

Make our nation strong again by ending the deliberate emasculation of our military via Marxist ideologies. #maga #americafirst pic.twitter.com/l6AqGHdFK2

Rubio is glad Floridians are being held as political prisoners in their own country. He didn’t talk about the fact that this was entrapment by the FBI or that Dems want to use the Jan 6 commission to terrorize conservatives who speak out against the illegitimate Biden regime. https://t.co/hfE4uLhx7Q

Check it out folks, we’re making the news! Even if a commie rag wrote this attacking us, what matters is our effort to free the 01/06 political prisoners is gaining traction. See you in Tally Saturday at the State Capitol, 1pm EST.https://t.co/M6n2Kr6uhK

If QAnon wasn’t problematic for the establishment, the social-media companies they control wouldn’t be banning it. Their latest purge of the “baseless conspiracy theory” shows they’re threatened by it.https://t.co/CEc2YHVik2