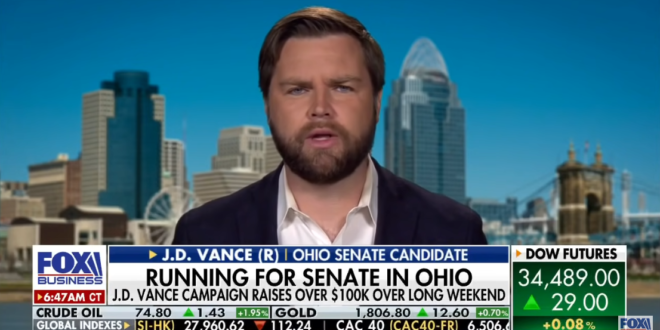 White nationalists on Twitter were dealt a blow on Friday when the platform permanently suspended the account of Nick Fuentes for presumably doing Nick Fuentes things such as denying the Holocaust and endorsing Jim Crow segregation. For many, Twitter’s efforts to rid its platform of this kind of vile stuff is a welcome development. But to Ohio Republican U.S. Senate candidate J.D. Vance, the suspension is just another example of Big Tech overreach.

Imagine having to deflect about a white supremacist Holocaust denier like Fuentes (just a “troll”) in order to make your lame, kissing-Trump’s-ass argument about unconstitutionally trying to control tech companies.
Maybe Vance can write an elegy for “shame” soon. https://t.co/EMg12nUitf

When they came after the holocaust deniers, I said nothing.

Because I was okay with them coming after the holocaust deniers. https://t.co/2Ml30yxJRC