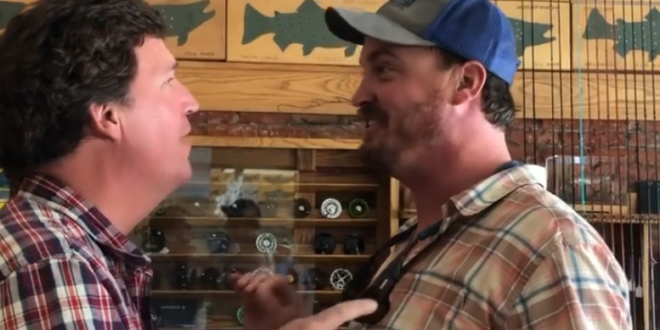 Fox News has condemned an incident during which a man confronted Tucker Carlson at a Montana fly-fishing store over the weekend and told the prime-time host he was the “worst human being known to man.”

“Ambushing Tucker Carlson while he is in a store with his family is totally inexcusable,” Fox said about the now-viral incident in a statement. “No public figure should be accosted regardless of their political persuasion or beliefs simply due to the intolerance of another point of view.”

The man, Dan Bailey, posted a video of himself confronting the Fox News host at the store in Montana, getting in his face and saying to him “you are the worst human being known to mankind. I want you to know that.”

Montana man to @TuckerCarlson: “You are the worst human being known to mankind. I want you to know that.”

Anyone have the information on this guy and his fly fishing guide business?
Email [email protected] if you have it. Will be giving out the info on my show Monday night.

Welcome to The New Right. The old days are gone. https://t.co/yob9ZWtzvV