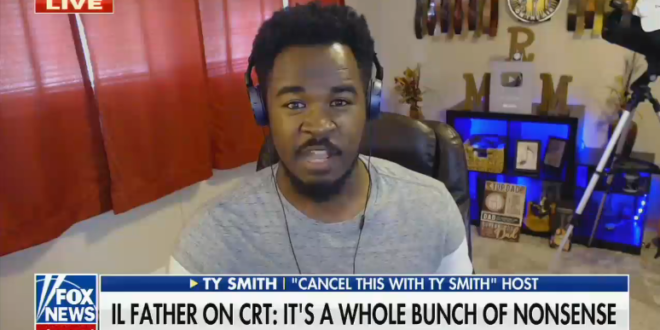 “It’s absolutely absurd because nobody really wants to get the real history of it. America was not founded on racism. Don’t get me wrong, yeah, there was slavery going on but slavery itself was not initially a racist thing.

“It never was about race initially, so to sit there and take it like America was founded on racism is a complete lie. Yeah there was slavery going on but slavery was going on in all the world.

“It never was a race thing. So why are we making it a race thing now?” – Right wing radio host Ty Smith, speaking this afternoon on Fox News.