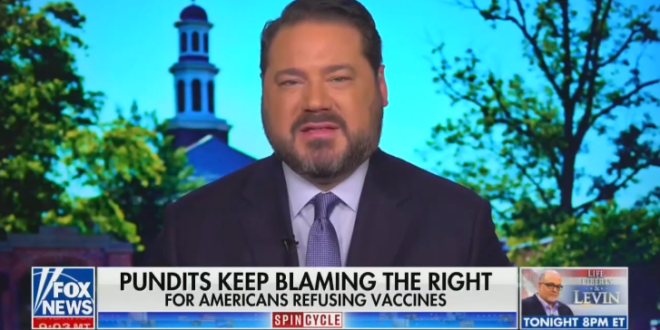 “What I see on the right is overwhelming unanimity among the political class and among the media class as well that these vaccines are good. To the degree there’s skepticism, it tends to be about should children be vaccinated or is that something that’s necessary in order to go back to school and the like as opposed to doubting the vaccines or saying there’s some overwhelming danger from taking them.” – Fox contributor Ben Domenech.

Fox News’ Ben Domenech: “What I see on the right is overwhelming unanimity among the political and media class that the vaccines are good.”

Liz Claman: “I really have to disagree with Ben on what he said regarding unanimity within the Republican Party and conservative voices…” pic.twitter.com/mbSnkJZ3Cl

Previous P-Town To Hold Emergency Meeting On Outbreak
Next Famous Liar: This Is Why I Got The “Trump Vaccine”