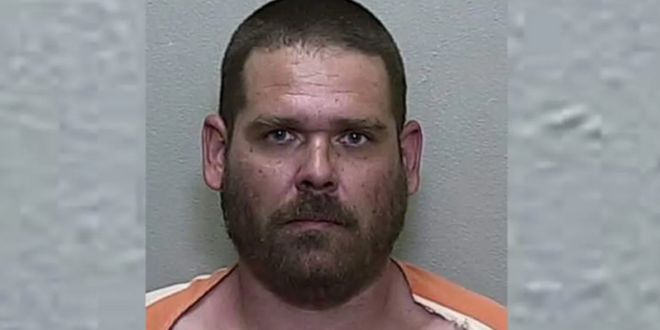 A Florida man accused of being at the front of the crowd inside the U.S. Capitol building on January 6 could leave court with time served next week as part of a plea agreement. Michael Curzio, of Summerfield, Florida, was arrested along with five others after refusing Capitol Police orders to leave the building. He was taken into federal custody on January 14 and formally charged the following day with four misdemeanor counts, including violent entry and disorderly conduct in a Capitol building.

Despite facing no felony charges, Curzio has been repeatedly denied bond – in large part due to his criminal history and his affiliation with a violent prison gang. In memoranda opposing his release, the Justice Department said Curzio’s participation in the Capitol riot came just two years after he was released from an eight-year prison sentence in Florida for attempted murder.

We learned yesterday about a new guilty plea coming in the Jan. 6 cases, involving defendant Michael Curzio (see below). That case has six co-defendants, and the AUSA said just now at a status hearing that a second person has signed a plea deal as well https://t.co/Kr7ten3mZ9

JUST IN: Florida man charged in #CapitolRiot seeks release, says he was ‘merely following President Trump’s direction.’ Michael Curzio is charged with 4 misdemeanors, so he’d probably be out now, well, except for the attempted murder conviction. Doc: https://t.co/d393MpnZXm

from my CNN colleague @HBRabinowitz:

“A man who allegedly stormed the Capitol told a federal judge on Tuesday that he was a member of a large white supremacist gang in the Florida prison system while he was previously jailed for attempted murder. “