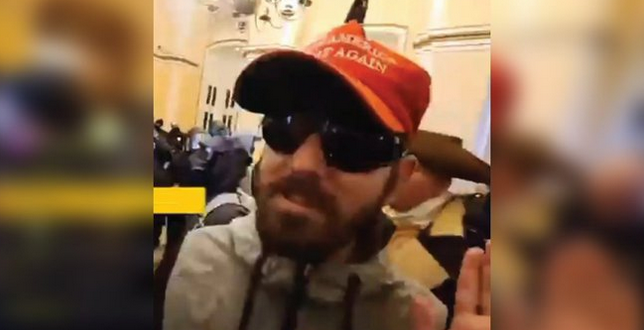 During Daniel Goodwyn’s arrest at his parents’ Texas home on Jan. 29, the FBI learned that at least one individual in the residence believed they had COVID-19, according to court documents filed this week in the US District Court for the District of Columbia.

The FBI had asked Goodwyn if he was positive and he refused to answer or take a coronavirus test or wear any personal protective equipment, the documents say.

#CapitolRiot: U.S. District Judge Reggie Walton laid into Texas Proud Boy Daniel Goodwyn and his attorney today, telling the former he’ll be awaiting trial in jail if he doesn’t mask up when checking in with pretrial services. @wusa9 @EricFlackTV https://t.co/lyfJtVmMQu

#CapitolRiot: Listening to a hearing for Daniel Goodwyn, a Texas Proud Boy charged in January 6. There have been a lot of audio issues. The judge is trying to ascertain whether Goodwyn is claiming he has a form of autism, which prevents him from wearing a mask. @wusa9 pic.twitter.com/UOoRkHuWPu

At end of hearing, Judge Walton asked Daniel Goodwyn if he understood that if he didn’t wear a mask with pretrial services he’d be arrested and held.

“I understand that you’re saying that sir,” Goodwyn said.

Daniel Goodwyn’s mother said he saw an autism specialist, she thinks he has Asperger syndrome.

Judge Walton says Goodwyn is going to have to either wear a mask or be vaccinated when he comes to court.