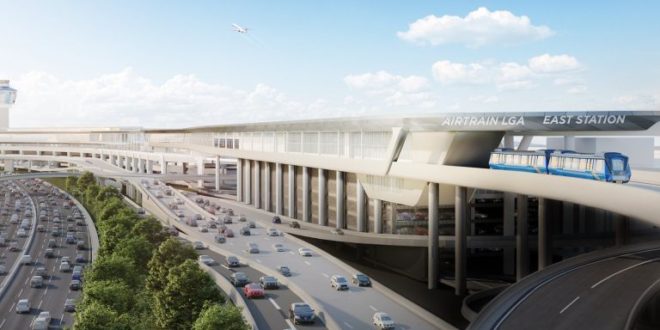 Governor Andrew Cuomo’s controversial plan to build an AirTrain from Willetts Point to LaGuardia Airport is one step closer to becoming a reality after receiving federal approval on Tuesday.

The Federal Aviation Administration (FAA) approved the proposed project plan on Tuesday, giving the Port Authority of New York and New Jersey — which runs the airport and already approved $2 billion in funding for the project last year — the go-ahead to start construction.

Cuomo first proposed the AirTrain in 2015 as part of his $8 billion effort to redevelop LaGuardia Airport, which is still underway.

Cuomo’s vision will connect LaGuardia Airport to the LIRR and subway near Citi Field. Critics have questioned the logic of the route, which requires Manhattan-bound riders to first travel east — away from the island.

“A 36-minute door-to-door car ride may actually be quicker than 28 minute train ride when the time to travel from the door to the station platform is factored in,” FAA officials wrote in the documents.

In June, the FAA said it was “working to answer additional questions from members of the New York delegation” — including Rep. Alexandria Ocasio-Cortez (D-NY), whose district includes part of the project.

Port Authority officials have defended the route as the least disruptive to the neighborhoods that surround the airport in northern Queens. It would run along the north side of the Grand Central Parkway from Willets Point to two stations at the airport.

Mr. Cuomo and Rick Cotton, executive director of the Port Authority, have billed the AirTrain as a 30-minute trip from Midtown Manhattan to La Guardia.

But that estimate is measured from the time of boarding a subway train along the 7 line or an L.I.R.R. train at Pennsylvania Station, both of which serve Willets Point.

#NEW: The FAA has approved the LaGuardia AirTrain, which will provide the new LGA with the reliable and affordable transit connector it deserves.

This is a key moment in our effort to rebuild NY’s infrastructure for the future working alongside our federal partners. pic.twitter.com/FhV1he6fns