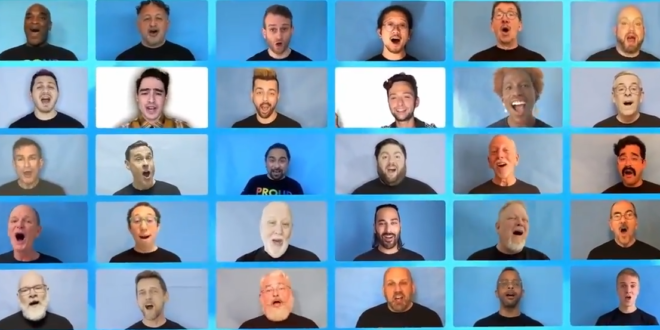 The office of the San Francisco Gay Men’s Chorus is closed “out of an abundance of caution” after members started receiving a barrage of negative messages, including death threats, in response to a mischaracterization of a song the group posted to YouTube, its executive director said Thursday.

Chris Verdugo, a gay man who is the executive director of the chorus, told the Bay Area Reporter July 8 that the website InfoWars — run by far-right conspiracy theorist Alex Jones — called the song “A Message from the Gay Community” “pedophilic” in an online article July 7. That apparently unleashed the vitriol.

The ditty is called “A Message From the Gay Community,” and it’s a clever victory anthem about the gradual normalization of gay culture among the youth of America (“even grandma likes Rupaul / And the world’s getting kinder / Gen Z’s gayer than Grindr”).

The wingnut furor has focused entirely on two lyrics — “We’ll convert your children” and “We’re coming for your children” — which the QAnon set assumes is an open declaration of sexually exploitating minors.

But a full listen to the track makes it clear to any reasonable listener that the choir is talking about winning hearts and minds by being funnier, more likable, and better dressed (“Your children will care about / Fairness and justice for others / Your children will work to convert / All their sisters and brothers”).

Critics have used various Twitter accounts to take screenshots of the chorus, numbered the individuals and created spreadsheets, harassing them, even at their places of work. “All over a satirical piece of music,” says Verdugo, noting that the chorus has been working with both the local police and FBI on the threats.

The controversial song was commissioned several years ago by the Oakland Symphony (“a heterosexual organization,” notes Verdugo), picked up as part of the SFGMC’s program after the artistic director heard it performed and loved it.

The San Francisco Gay Men’s Chorus have now made this sick video private, where they boast about “converting” the children of conservatives.

“We’re coming for your children!”

(Split into two parts due to Twitter’s video limit) pic.twitter.com/1XpUG0fEja

“The gay agenda is here!” pic.twitter.com/hR2RvOznGf