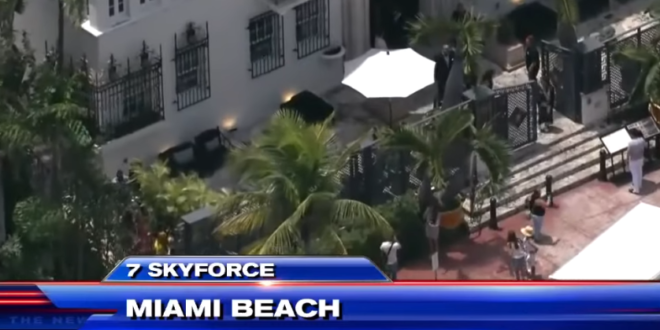 Two men apparently killed themselves, police said, in a suite at the Miami Beach hotel that Gianni Versace turned into his mansion, nearly 24 years to the day before the fashion designer died on the building’s front steps.

Their bodies were found by housekeeping on Wednesday, the eve of the anniversary of Versace’s slaying by a suspected serial killer. A preliminary investigation ruled it “an apparent double suicide,” Miami Beach spokesman Ernesto Rodriguez said Thursday in an email.

The scene was contained to the suite, and detectives are still investigating the deaths of Adam Rashap, 31, of Randolph, New Jersey, and Alexander Gross, 30, of York, Pennsylvania, police said.

Police say two men apparently killed themselves at the Miami Beach hotel where fashion designer Gianni Versace lived before his death. The men died on the eve of the 24th anniversary of Versace’s slaying on the front steps of the mansion-turned-hotel. https://t.co/GzaEvsAd6D

Police said the case of two men who were found dead inside a hotel room at what used to be the Versace Mansion appears to have been a double suicide. https://t.co/aMhAbThDtl

Two bodies were discovered at The Villa Casa Casuarina a day before the 24-year anniversary of designer Gianni Versace’s assassination at the site. https://t.co/dOp9xnn51B