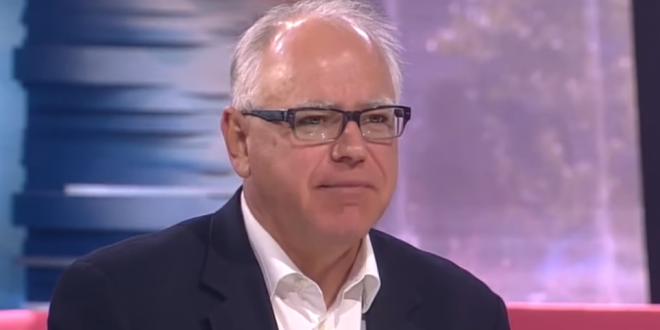 During a ceremonial signing on Thursday morning, DFL Gov. Tim Walz issued an executive order that will restrict so-called “conversion therapy” for minors, bypassing lawmakers in the GOP-led Senate who have blocked legislation to end the practice.

The executive order is not as comprehensive as a previous DFL effort in the Legislature to outright ban the practice. Specifically it will direct the Minnesota Health and Commerce departments to block health maintenance organizations and insurers from covering conversion therapy for minors.

Genna Gazelka, 32, told the Star Tribune that their father, Senate Majority Leader Paul Gazelka, R-East Gull Lake, had taken them to a therapist who disapproved of homosexuality. Gazelka’s therapist worked at a clinic run by Marcus Bachmann, husband of former GOP Minnesota Rep. Michele Bachmann, whose practice was accused of offering conversion therapy.

Every single word said by my good friend & mentor, Sen. @ScottDibble. @GovTimWalz‘s ban on “conversion therapy” is an important step to show young LGBTQ+ people that they are embraced for who they are. Thank you, Gov Walz, @LtGovFlanagan & leaders like Sen Dibble! ❤️🧡💛💚💙💜 https://t.co/SYT8SoNWeX

I applaud Genna Gazelka’s bravery in speaking out on their experience with conversion therapy and the positive impact of banning the practice statewide.

Previous White House: 20% Of New COVID Cases Are In Florida
Next Multi-Millionaire Behind US Fascist Groups Dies At 80