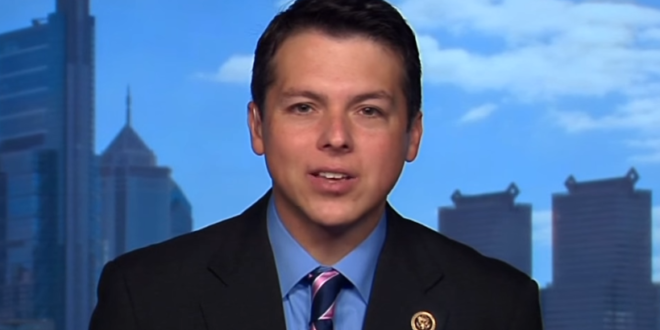 Dem Bill Requires Speaker To Be Member Of House

Oh yes, the cultists will scream about this:

A new bill introduced on Monday by Rep. Brendan Boyle (D-Pa.) would only allow an elected House member to serve as Speaker after former President Trump called the suggestion that he seek the gavel “so interesting.”

The Constitution does not directly state that the House Speaker must be a member of the chamber, but to date the role has never been filled by an outsider.

Boyle argued that the statute should be made clear even if electing someone outside of Congress to serve as Speaker remains a long shot. His bill, titled the Mandating that being an Elected Member Be an Essential Requirement for Speakership, or MEMBERS Act, would explicitly limit eligibility to current House lawmakers.

“That Donald Trump’s name would even be tossed around as a potential speaker in the house, should serve as an alarm bell. This legislation would serve as a check ag/those who seek to undermine the authority and responsibilities of the Speaker’s office.” https://t.co/JxJhtc4lZQ pic.twitter.com/7ZmWhkqakN