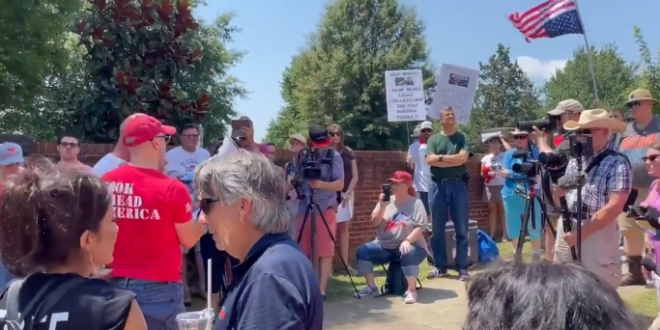 From the organizers’ press release:

Patriotic Americans became targets of the Biden Administration as the Department of Justice and the FBI have targeted, imprisoned, and persecuted non-violent American patriots.

Months have passed and our fellow citizens remain separated from their loved ones, isolated in solitary confinement, have been denied medical care, denied access to faith and worship services, and have faced financial ruin due to court costs and legal fees. This wrongful and unjust persecution must end.

We will be protesting at the prison where approximately fifty American political prisoners are being held, many of whom were non-violent protestors who have either not been charged or have not received the option for bail. This event is a peaceful demonstration of our First Amendment Rights.

“Satellite rallies” are happening across the country.

Insurrectionist GOP Rep. Paul Gosar is listed as a speaker at the DC rally. Former Texas GOP chairman and gubernatorial candidate Allen West is speaking at the Dallas rally. 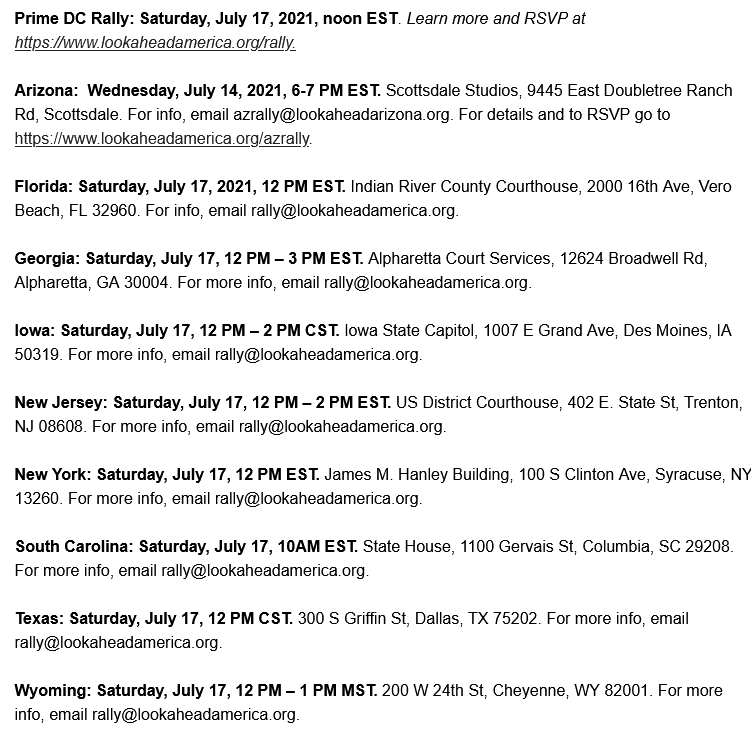 This was the scene about an hour ago in Washington D.C. to “free political prisoners” outside of the DC correctional facility that is holding the Jan 6 insurrectionists. pic.twitter.com/SlZe4SLANQ

I’m at the DC Central Detention Facility where about 100 people are at a Look Ahead America rally to protest the arrest of those involved in Jan 6 riot. pic.twitter.com/TnI7K1q2e7

Feed keeps dying so no stream, will post recording after. pic.twitter.com/WSU63zD6KS

Yes this is really happening. Bus load of protesters outside DC jail denying the Insurrection pic.twitter.com/5AWgdPGMfb

The pro-Trump Look Ahead America sponsored rally in Trenton, New Jersey, protesting the arrests and prosecution of individuals that participate in the January 6 insurrection, appears to be entirely compromised of people wearing Proud Boys gear: pic.twitter.com/JzRVJI8f49

From the pro-Trump group Look Ahead America sponsored rally in Alpharetta, Georgia, protesting the arrest and prosecution of those who participated in the January 6 insurrection: pic.twitter.com/xW16EMhqiG

I am honored to be invited to speak at the Florida site of the nationwide, multi-city Free Political Prisoners rally organized by Look Ahead America and Matt Braynard. It’s open to all who want the release of those who targeted by the feds over the False Flag at the U.S. Capitol. pic.twitter.com/YmQOPcPcSm