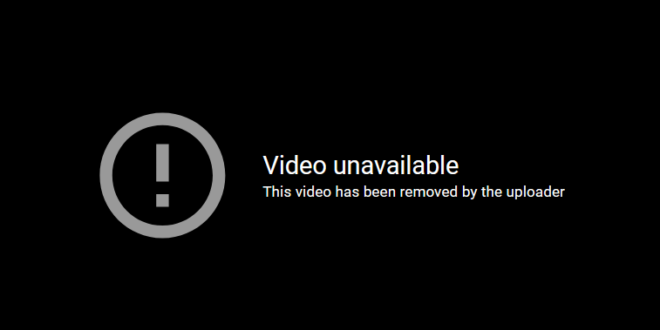 As a reminder, this happened earlier this month:

The YouTube channel of Right Side Broadcasting Network (RSBN), a website best known for hosting feeds of Donald Trump’s rallies, town halls and public appearances since July 2015, was suspended Friday ahead of the former president’s Saturday rally in Sarasota, Florida.

Three of the channel’s videos were also deleted by YouTube specifically due to remarks Trump made in those clips.

According to RSBN, the suspension will last seven days. A representative for YouTube told the pro-Trump channel that the now-deleted videos “contain remarks from President Trump that violate the aforementioned policies and countervailing views on those remarks are not provided.”

When I checked last night during Trump’s speech, RSBN’s live-stream had over 100,000 viewers, many of whom were posting the usual racist and QAnon comments in the live chat. Shortly after Trump’s ranting ended, RSBN deleted their video, obviously in order to evade another strike and a possible permanent ban.

Previous Trump Encourages Cultist Crowd To Boo US Olympians
Next Lawyer: Oath Keeper Was Attacked With Feces In Jail