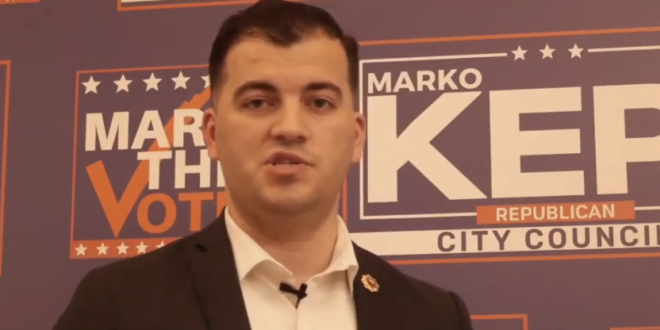 A booster of former President Donald Trump who falsely claimed election fraud in the 2020 presidential election without any evidence of wrongdoing is potentially facing charges of election fraud himself. Federal and state investigators are looking at the campaign tactics of Marko Kepi, a former U.S. Marine who ran in the Republican primary election to succeed City Councilmember Steven Matteo of Staten Island, following concerns from the NYC Board of Elections that he may have forged absentee ballots to tip the scales in his favor.

The city’s Board of Elections has asked the US Department of Justice and the state Attorney General’s office to investigate whether a candidate for a City Council seat on Staten Island ran an illegal ballot-harvesting and forgery operation in last month’s primary – including registering dead people to vote for him, The Post has learned.

Marko Kepi, a booster of former President Trump who falsely claimed election fraud in the 2020 presidential election, is being investigated by federal and state investigators for possible election fraud in a city council primary election. https://t.co/BcYcHiEiHS