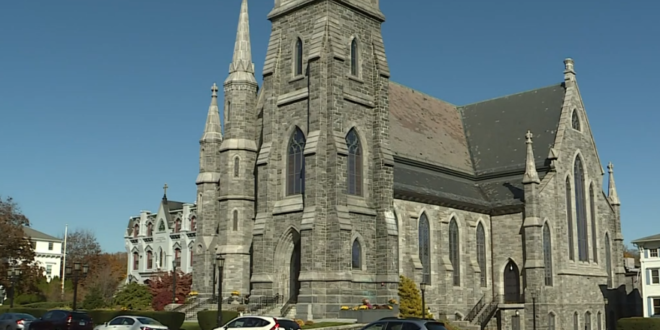 The Roman Catholic Diocese of Norwich filed for Chapter 11 bankruptcy Thursday. It is facing close to 60 sex abuse lawsuits, so the diocese of Norwich is seeking protection from federal bankruptcy laws. The Bishop assures his flock this will have a minimal impact on church activities. Advocates say it is not fair to the victims.

“I think it is a coward’s way out of not dealing with a situation that should have been dealt with many, many years ago,” said Beth McCabe, the Co-Founder of SNAP CT, a support network for survivors of church abuse. Chapter 11 means a special master will be appointed to tally up all the assets of the diocese.

A bankruptcy filing by the Norwich Diocese to shield its finances as it faces lawsuits over scores of sexual abuse claims may deny full compensation to the victims, one of their lawyers said Friday.

New London attorney Kelly E. Reardon, who represents six men who accused the church of sexual abuse decades ago, said insurance coverage is “fairly limited” and may not result in full compensation.

More than two dozen dioceses in the U.S., all outside New England, have filed for bankruptcy, according to the Meneo Law Group in New Haven. Settlements have ranged from $9.8 million for 290 victims in Fairbanks, Alaska, to $210 million to 450 victims in Minneapolis-St. Paul, according to Meneo.