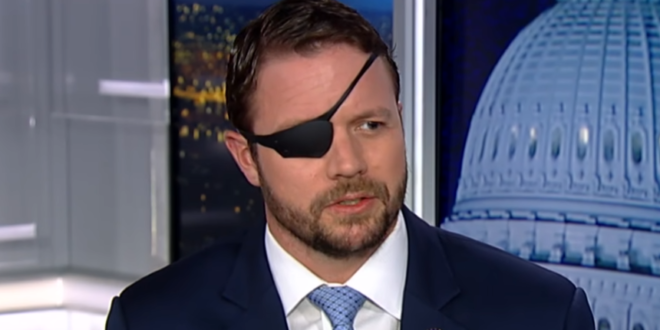 “Look, the vaccines are actually effective. I actually believe the FDA’s data on this. Not only are they effective, but the FDA still stands by their assertion and their assessment of the data that says that the vaccines here in the United States are effective against transmission including the delta variant.

“So the CDC is in direct confrontation with the FDA. I believe the FDA on this one. I think they tend to be more risk averse, and so they tend to get the science a little bit more right, more often. And I think the CDC has been politicized in this case I think from pressure from the administration.

“Again, because I think the Democrats love to instill fear in the hearts of Americans. And I think Americans are really sick of this. They’re over it. They’re not gonna comply, and you shouldn’t comply with any more lockdowns, with any more mandates, none of it.” – GOP Rep. Dan Crenshaw.

Rep. Dan Crenshaw is on Fox News telling Americans not to comply with any more “lockdowns” or “mandates” stemming from the ongoing (and currently worsening!) pandemic pic.twitter.com/o1UqcDK3bw

Previous “Strongly Conservative” Man Is Sorry About Something
Next Trump’s Testing Czar: If You’re Unvaccinated, You Will Get The Delta Variant, It’s Just A Matter Of Time [Video]