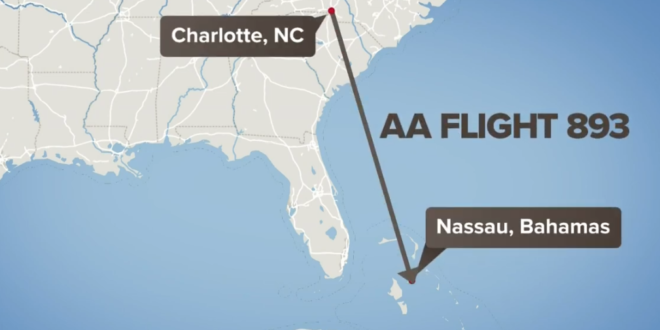 Passengers on American Airlines Flight 893 to Nassau, Bahamas were in a position to depart Monday when a group of high school students decided to stage a mask rebellion that lasted for hours. “Some people’s vacations are ruined. They were only going for a couple of nights. Now, they have to get rebooked,” passenger Stephanie Krzywanski said.

The flight was supposed to depart at 9:30 a.m, but a mechanical issue meant passengers had to switch planes. But then a group of students from a Boston-area high school decided to act up. “It was bad. First, they were yelling. They were cursing. They were being very obnoxious,” passenger Malik Banks said.

Masks are still required on flights due to COVID-19. “All they had to do was follow the rules, put the mask on, sit there. No smart-mouth comments. And they couldn’t do it,” passenger Christina Randolph said.

The flight was ultimately delayed until Tuesday, ruining some people’s vacations. No one was arrested and stranded passengers received a hotel voucher. The students, however, were too young to get their own hotel rooms, so they had to spend the night at the airport.