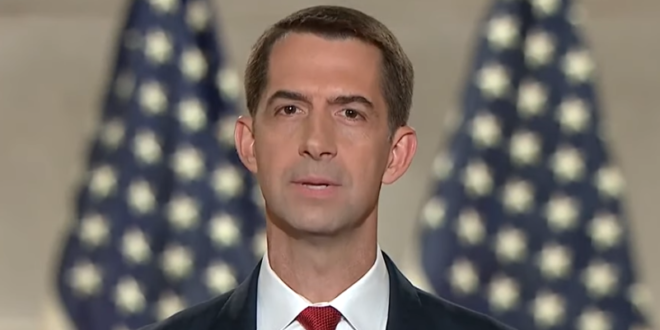 “Critical Race Theory teaches people to obsess over race and to believe that America is an evil, oppressive place. Federal funds should not be used to support activists in schools who want to teach our kids to hate each other and their country,” said Cotton.

decried cancel culture and the stifling of free speech after a NYT editor had to resign for publishing Cotton’s “Send in the Troops” op-ed? pic.twitter.com/3Z47HMmKoX