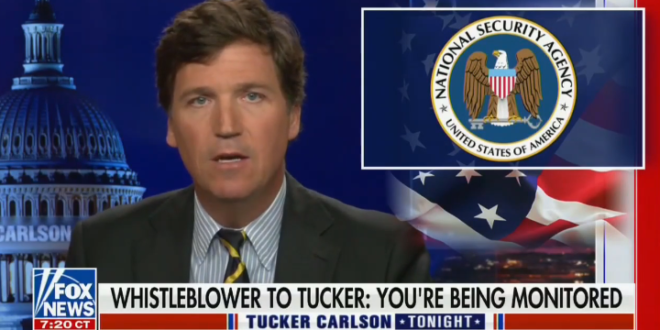 Fox News host Tucker Carlson on Wednesday claimed the National Security Agency (NSA) leaked some of his private emails to journalists. Carlson made the allegation during a Wednesday morning appearance on Fox Business’s “Mornings with Maria.”

“Yesterday, I learned that — and this is going to come out soon — that the NSA leaked the contents of my emails to journalists in an effort to discredit me. I know because I got a call from one of them saying ‘oh, this is what your email was about,’ ” Carlson said.